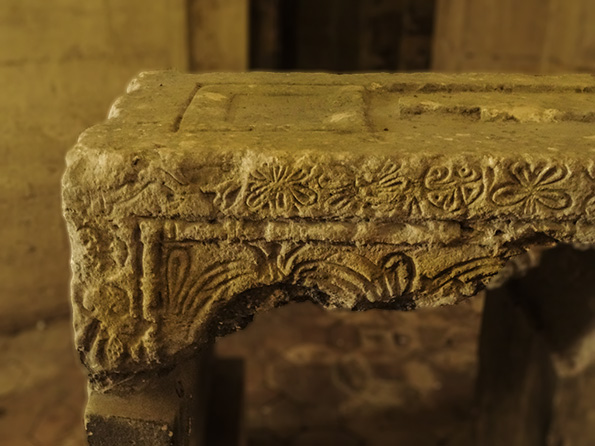 My life is already being poured away as a libation, and the time has come for me to be gone. I have fought the good fight to the end; I have run the race to the finish; I have kept the faith; all there is to come now is the crown of righteousness reserved for me, which the Lord, the righteous judge, will give to me on that Day; and not only to me but to all those who have longed for his Appearing.

The first time I had to present my defence, there was not a single witness to support me. Every one of them deserted me – may they not be held accountable for it. But the Lord stood by me and gave me power, so that through me the whole message might be proclaimed for all the pagans to hear; and so I was rescued from the lion’s mouth. The Lord will rescue me from all evil attempts on me, and bring me safely to his heavenly kingdom. To him be glory for ever and ever. Amen.

The Second reading at Mass on Sunday, the 30th of Ordinary Time, exposes Paul’s sadness at the lack of support he had received from his fellows at time of trial, and his recognition that his survival in this world and for the next has been the result of the Lord’s faithfulness and steadfastness.

Paul himself has been resolute and determined: stubborn and obstinate, some might say! And yet he is also judged right  and his example treasured in the Church’s Tradition.

It is surely foolish to consider that faithful witness to the Gospel will be universally palatable. There are many reasons that people did not find Paul to their taste.

And that is as it is. The sadness though is if, turning from Paul, they also turned from the fullness of the Gospel. We are called to have eyes to see and ears to hear that which is beyond what we find immediately palatable.

Trusting to ‘our’ taste alone, looking for that self-satisfaction only, may leave us far from where God would have us be.

One thought on “Taste and See: the indigestible?”