The second reading at Sunday’s Mass, that of the 3rd Sunday of the Year, talks of getting a healthy perspective on this passing life.

Paul, hard-working and conscientious, is all too well aware of how you can focus on the wrong things. And maybe had got the brush off when preaching the good news from people saying ‘sorry, mate, love to hear more but got to get back to the wife’ or ‘got to go open up the shop’

But in our day our response to the lord may well be authenticated precisely by how a husband relates to his wife, or wife to husband; by how someone does business.

The world is passing away, so we do not build kingdoms for ourselves here. But we can live in this world seeking its best for others – wives, business partners, neighbours, strangers; working for the common good, serving God in others. Not engrossed by the world but seeking to be free in it to live love. 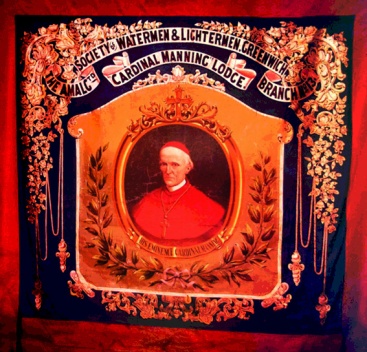 The Gospel at Mass tomorrow, the 25th Sunday in Ordinary Time, comes from Matthew’s Gospel. It is one of the longer parables, a parable that draws is into a consideration of the world as it ‘is’ so that we might consider afresh how the world might be, if God’s will is done.

Jesus told this parable to his disciples: ‘The kingdom of heaven is like a landowner going out at daybreak to hire workers for his vineyard. He made an agreement with the workers for one denarius a day, and sent them to his vineyard. Going out at about the third hour he saw others standing idle in the market place and said to them, “You go to my vineyard too and I will give you a fair wage.” So they went. At about the sixth hour and again at about the ninth hour, he went out and did the same. Then at about the eleventh hour he went out and found more men standing round, and he said to them, “Why have you been standing here idle all day?” “Because no one has hired us” they answered. He said to them, “You go into my vineyard too.” In the evening, the owner of the vineyard said to his bailiff, “Call the workers and pay them their wages, starting with the last arrivals and ending with the first.” So those who were hired at about the eleventh hour came forward and received one denarius each. When the first came, they expected to get more, but they too received one denarius each. They took it, but grumbled at the landowner. “The men who came last” they said “have done only one hour, and you have treated them the same as us, though we have done a heavy day’s work in all the heat.” He answered one of them and said, “My friend, I am not being unjust to you; did we not agree on one denarius? Take your earnings and go. I choose to pay the last comer as much as I pay you. Have I no right to do what I like with my own? Why be envious because I am generous?” Thus the last will be first, and the first, last.’

Recently the Church in England celebrated the work of Cardinal Manning in helping to resolve the agony of the London Dock Strike of 1889, and helping dockers achieve their argued-for and just pay of a tanner (6d, 2.5p) an hour.

Here, in Jesus’ parable, the issue is not the withholding of a living wage, but an exceptionally generous employer, subject of (some of) his workers’ complaints.

The point Jesus makes, is that the kingdom of heaven is not only about fairness and justice. It is also, and surely is most of all, about love. Employers and workers alike are called to live by the primacy of love.

The image bears the insciption of the Cardinal Manning Lodge of the  Amalgamated Society of Watermen and Lightermen of Greenwich. It bears eloquent testimony to Cardinal Manning, one of the great leaders of the Catholic Church in the 19th Century.

Today we have the shorter version of the Gospel heard at Mass on Sunday.

Jesus left the house and sat by the lakeside, but such large crowds gathered round him that he got into a boat and sat there. The people all stood on the beach, and he told them many things in parables.

He said, ‘Imagine a sower going out to sow. As he sowed, some seeds fell on the edge of the path, and the birds came and ate them up. Others fell on patches of rock where they found little soil and sprang up straight away, because there was no depth of earth; but as soon as the sun came up they were scorched and, not having any roots, they withered away. Others fell among thorns, and the thorns grew up and choked them. Others fell on rich soil and produced their crop, some a hundredfold, some sixty, some thirty. Listen, anyone who has ears!’

Many homilies on this gospel become moralising, quizzing us on what sort of soil are we to receive the seed that is the word of God.

The question is worth pondering, but too often the answer is rather depressing and does not necessarily lead us anywhere.

It is interesting, at least, that Jesus does not say ‘Imagine the soil in a field…’, though of course he does suggest various types of soil and their consequence for the seed scattered on it.

He says ‘Imagine a sower going out to sow…’

Who is the sower who sows the seed that is the word of God in our lives? He is no hired hand, in for the day on a bit of piece work. He is the living God who seeks to plant the word more and more deeply in our lives, that it may flourish and bear fruit, every day of our lives.

When the soil of our hearts is hardened, surely it is mostly he that resorts to the spade to turn it over, and make it more fitting. When there are weeds, he’s down there trying to clear the ground, when its right to do so, but when the time is not right, biding his time. The sower who becomes the gardener will appreciate a little help from us, of course, a little cooperation. But sometimes we are so flattened by life, so distracted by a thousand things: he does not then abandon us to our own devices, he is the sower who longs to see even our poor soil be restored to what it is intended for.