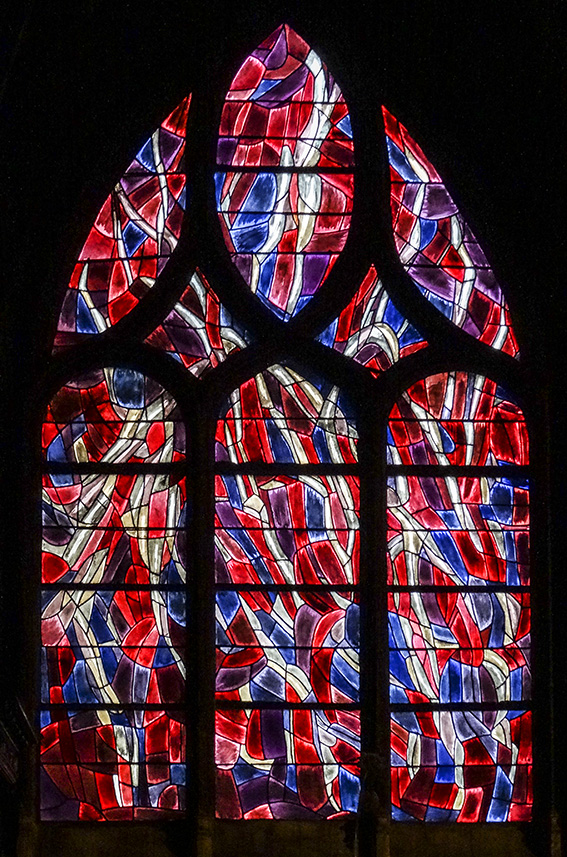 Jesus made a tour round the villages, teaching. Then he summoned the Twelve and began to send them out in pairs giving them authority over the unclean spirits. And he instructed them to take nothing for the journey except a staff – no bread, no haversack, no coppers for their purses. They were to wear sandals but, he added, ‘Do not take a spare tunic.’ And he said to them, ‘If you enter a house anywhere, stay there until you leave the district. And if any place does not welcome you and people refuse to listen to you, as you walk away shake off the dust from under your feet as a sign to them.’

So they set off to preach repentance; and they cast out many devils, and anointed many sick people with oil and cured them.

The disciples set off to preach repentance. One might think: ‘What fun, going round telling other people off and telling them to get their lives in order.’

But that is not how it is intended!. The disciples set out on a mission not to indulge in schadenfreude and big themselves up but to heal. Not to put down but to build up; not to criticise but to draw forward and restore to dignity and purpose, to make new disciples.

God has no favourites, the opportunity for repentance and healing is for all people. All of us, always, remain in need of it. For life and health. 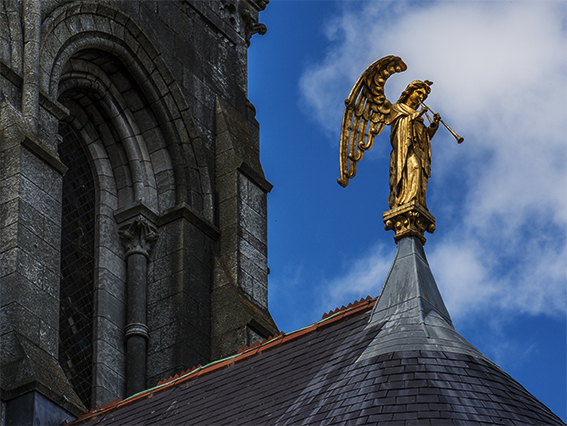 The Gospel of the 2nd Sunday of Easter, ‘Divine Mercy’ Sunday, came from the Gospel of John.

In the evening of that same day, the first day of the week, the doors were closed in the room where the disciples were, for fear of the Jews. Jesus came and stood among them. He said to them, ‘Peace be with you’, and showed them his hands and his side. The disciples were filled with joy when they saw the Lord, and he said to them again, ‘Peace be with you.
‘As the Father sent me,
so am I sending you.’

Thomas, called the Twin, who was one of the Twelve, was not with them when Jesus came. When the disciples said, ‘We have seen the Lord’, he answered, ‘Unless I see the holes that the nails made in his hands and can put my finger into the holes they made, and unless I can put my hand into his side, I refuse to believe.’ Eight days later the disciples were in the house again and Thomas was with them. The doors were closed, but Jesus came in and stood among them. ‘Peace be with you’ he said. Then he spoke to Thomas, ‘Put your finger here; look, here are my hands. Give me your hand; put it into my side. Doubt no longer but believe.’ Thomas replied, ‘My Lord and my God!’

Jesus said to him:
‘You believe because you can see me.
Happy are those who have not seen and yet believe.’

There were many other signs that Jesus worked and the disciples saw, but they are not recorded in this book. These are recorded so that you may believe that Jesus is the Christ, the Son of God, and that believing this you may have life through his name.
John 20:19-31

How do we understand the words of Jesus regarding the gift of the Holy Spirit, and his observations about the forgiveness of others?

Sometimes they have been understood in a narrow sense as referring to what would later be called the  Sacrament of Penance, and being addressed uniquely to the apostles (understood as being already ordained ministers).

Be that as it may, there is also a broader, existential teaching here.

Jesus gives us all, all who follow him and share in his life, the power to be merciful. We, his disciples, lay and ordained, have received mercy and forgiveness. And we are called to witness to this by our lives.

This is quite a challenge. The implication of Jesus’ words is  that if we do not share forgiveness, the forgiveness we have received, then it stops there, we lose our peace and we ourselves are not longer at one with the Lord.

The mercy, love, of God calls us on to find the freedom and trust in God’s justice, that we might (all) forgive sinners.

If we cannot forgive sinners, we might still find ourselves at one with all sorts of others – world, family, nation and all – even sometimes with the Church or at least with parts of the Church, but not at one with the Lord. Who comes with love and mercy for all.

Our exercise of mercy is only ever a witness to the Lord’s mercy: an echo of his mercy. And it contains with its gratuity the potential of inviting to a deeper conversion the one who is forgiven and shown mercy, In the light of love they receive a(nother) opportunity to be freed from all that confines and constrains and hobbles the human spirit.

But if we will not be merciful we rob them of that providential good.

The first reading at Mass on Sunday, the 3rd Sunday in Ordinary Time, comes from the book of Jonah.

An interesting fact is that the translation of the Book of Jonah in the Jerusalem Bible translation  was made by JRR Tolkein. Share that information with Hobbit and Lord of the Rings aficionados and see if you can get them reading one of the most delightful and funny books of the Bible!

The word of the Lord was addressed to Jonah: ‘Up!’ he said ‘Go to Nineveh, the great city, and preach to them as I told you to.’ Jonah set out and went to Nineveh in obedience to the word of the Lord. Now Nineveh was a city great beyond compare: it took three days to cross it. Jonah went on into the city, making a day’s journey. He preached in these words, ‘Only forty days more and Nineveh is going to be destroyed.’ And the people of Nineveh believed in God; they proclaimed a fast and put on sackcloth, from the greatest to the least.

God saw their efforts to renounce their evil behaviour. And God relented: he did not inflict on them the disaster which he had threatened.

Not too much humour there -but context is (almost) all.

Here we find simply testimony to the generosity of God, and to the readiness of some of the most unexpected people to respond generously to the opportunity to repent.

Photograph is of a detail of an early Christian sarcophagus in the Musée départemental Arles antique. (c) 2014, Allen Morris.