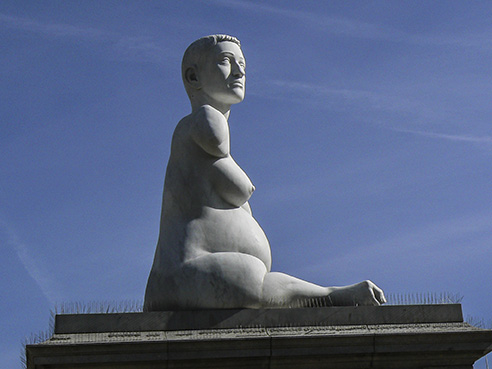 The second reading on Sunday, the 3rd Sunday in Ordinary Time, continues our reading of the latter part of Paul’s First Letter to the Corinthians.

Just as a human body, though it is made up of many parts, is a single unit because all these parts, though many, make one body, so it is with Christ. In the one Spirit we were all baptised, Jews as well as Greeks, slaves as well as citizens, and one Spirit was given to us all to drink.

What is more, it is precisely the parts of the body that seem to be the weakest which are the indispensable ones; and it is the least honourable parts of the body that we clothe with the greatest care. So our more improper parts get decorated in a way that our more proper parts do not need. God has arranged the body so that more dignity is given to the parts which are without it, and that there may not be disagreements inside the body, but that each part may be equally concerned for all the others. If one part is hurt, all parts are hurt with it. If one part is given special honour, all parts enjoy it.

This Sunday falls within the week of Prayer for Christian Unity. It is a week that reminds again of how even within the community of the Baptised there is a tendency to undermine the unity that is ours as children of God. We are to deeper unity with him and with one another, but so often that gift is squandered in squabbling and mistrust and suspicion and prejudice.

What can you bring from those reflections to prayer?