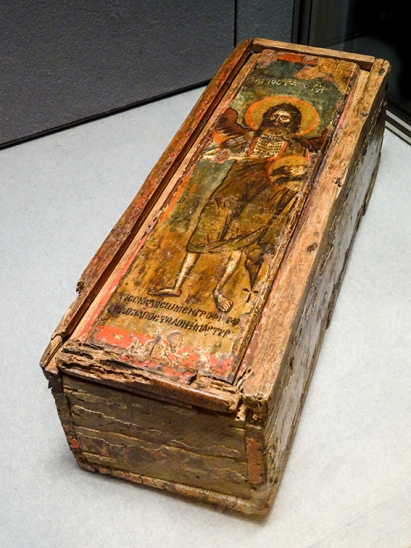 This is how John appeared as a witness. When the Jews sent priests and Levites from Jerusalem to ask him, ‘Who are you?’ he not only declared, but he declared quite openly, ‘I am not the Christ.’ ‘Well then,’ they asked ‘are you Elijah?’ ‘I am not’ he said. ‘Are you the Prophet?’ He answered, ‘No.’ So they said to him, ‘Who are you? We must take back an answer to those who sent us. What have you to say about yourself?’ So John said, ‘I am, as Isaiah prophesied: a voice that cries in the wilderness: Make a straight way for the Lord.’

Now these men had been sent by the Pharisees, and they put this further question to him, ‘Why are you baptising if you are not the Christ, and not Elijah, and not the prophet?’ John replied, ‘I baptise with water; but there stands among you – unknown to you – the one who is coming after me; and I am not fit to undo his sandal-strap.’ This happened at Bethany, on the far side of the Jordan, where John was baptising.

John the Baptist is a most exceptional witness. But in his humility he puts himself entirely at the service of the one who is to come.

Likewise the Church, when she seeks to share the Good News with others, speaks not of herself but of the Lord. Her witness prepares the way for their real and unique encounter with Christ too, an encounter which offers them eternal life…

Photograph of Reliquary for bone from arm of John the Baptist. Collection of the Louvre. (c)  2017, Allen Morris.

One thought on “Speak Lord: For whom we long”