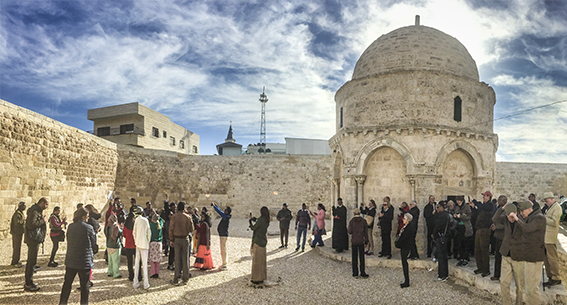 Tomorrow, the feast of the Ascension, we hear the account of Jesus’ ascending to the Father from the Acts of the Apostles. It is a scene of wonder and awe. This is not the sort of thing that happens every day!

God who came to earth from heaven and returned there until he will come again, came to help us to live and love well here.

Prayer at the Mosque of the Ascension, Jerusalem. (c) 2017, Allen Morris