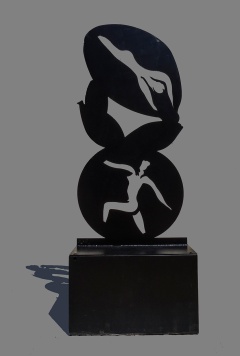 The Gospel for today, the 22nd Sunday of the Year is a sobering one. What price are we ready to pay to follow Christ?

Jesus began to make it clear to his disciples that he was destined to go to Jerusalem and suffer grievously at the hands of the elders and chief priests and scribes, to be put to death and to be raised up on the third day. Then, taking him aside, Peter started to remonstrate with him. ‘Heaven preserve you, Lord;’ he said ‘this must not happen to you.’ But he turned and said to Peter, ‘Get behind me, Satan! You are an obstacle in my path, because the way you think is not God’s way but man’s.’

Then Jesus said to his disciples, ‘If anyone wants to be a follower of mine, let him renounce himself and take up his cross and follow me. For anyone who wants to save his life will lose it; but anyone who loses his life for my sake will find it. What, then, will a man gain if he wins the whole world and ruins his life? Or what has a man to offer in exchange for his life?

‘For the Son of Man is going to come in the glory of his Father with his angels, and, when he does, he will reward each one according to his behaviour.’

What price would we pay? And yet, we are told Christ has paid the price for our redemption?

So maybe a truer way of looking at things is to ask what do we ask to receive, for what do we want to live?

One of the wittiest lines in Robert Bolt’s play ‘A Man for all seasons’ comes when More realises that Richard Rich has effectively been bribed to bear false witness against him. The bribe? The office of attorney-general for Wales. Says More:  ‘Why Richard, it profits a man nothing to give his soul for the whole world… but for Wales?’

Now, nothing against the Principality, but the point is clear.

The answers may be sobering. Remember the Lord is a God of mercy – and bring your responses to him in humble prayer.

Photograph of street art: Shadow Play No 2 by Szczesny. Avignon 2014.

One thought on “Speak Lord: what makes Life worth living?”